Welcome to the Dating Pool, where the single life is care-free and full of selfish bliss…that is unless Mother has anything to say about it.

Though for some, marriage can be a wonderful and fulfilling experience, for others it is seen as a burden to be feared and avoided. In Marriage Material, you are this kind of person. To you, marriage signals the end of all things fun. it means dinner parties, snot nosed children, and in-laws. However, there is still hope. The path to marriage is a complex one, filled with vast Commitments that prove to your significant other that you are indeed “The Marrying Type”. Do too many of these Commitments and you may quickly find yourself… 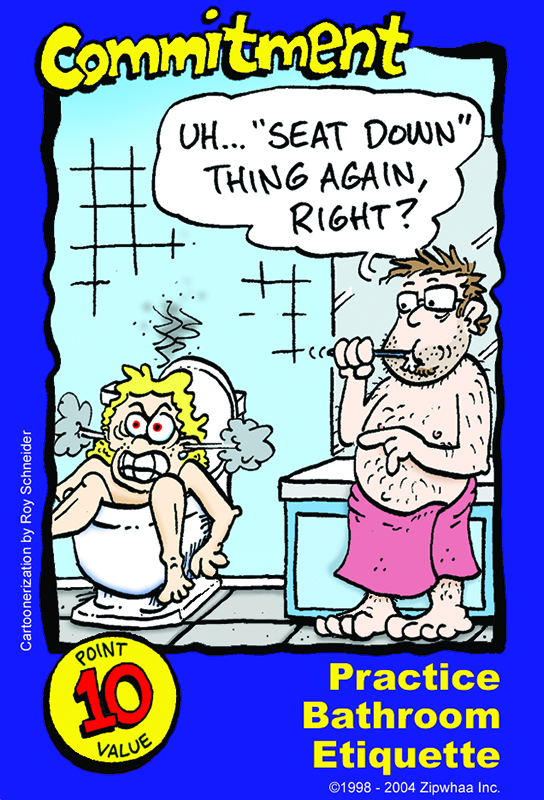 Commitments: These are the horrific duties that focus that attention on you that size you up for what kind of spouse you might make.

The Point Value, located in the lower left hand corner, shows how important your mother believes this commitment to be. Collecting 30 of these points shows that you are marked as “the marrying type” and forever tainted. In other words you lose. 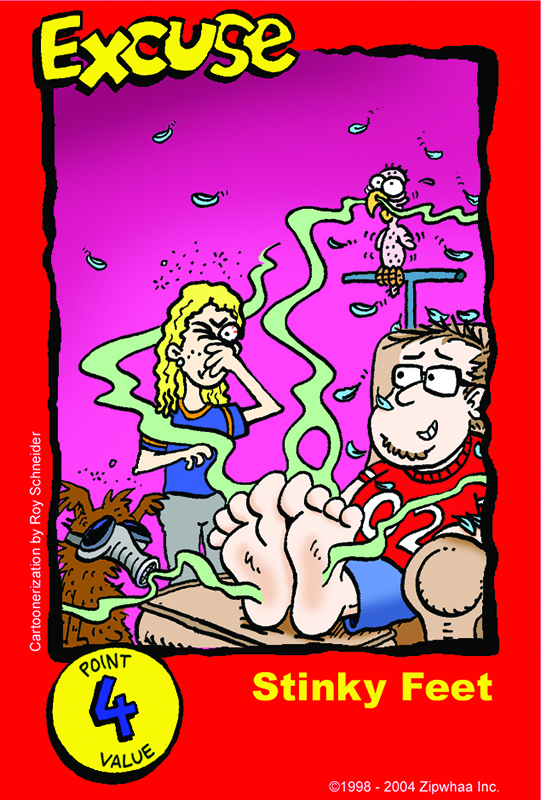 Excuses: These are the only bastion of sanity standing between you and the abyss known as Marriage. You will try every sorry story, pathetic claim, and lame excuse to avoid being dragged down that marriage isle.

The Point Value, located in the lower left hand corner, determines the effectiveness of your plea for mercy. If the total point value of your excuses is equal to or greater than the Commitment Point Value, then you will be spared for now.

Influence: Even when you are trying your best to avoid Commitments, your Mom always manages to help you out at the wrong time. Influence cards are used against opponents to make it more difficult for them to excuse themselves from a Commitment.

The Point Value located in the lower left hand corner is the level of praise that Mother has so graciously imparted onto you. The Influence Point Value is added to the Point Value of the Commitment, making it more difficult. 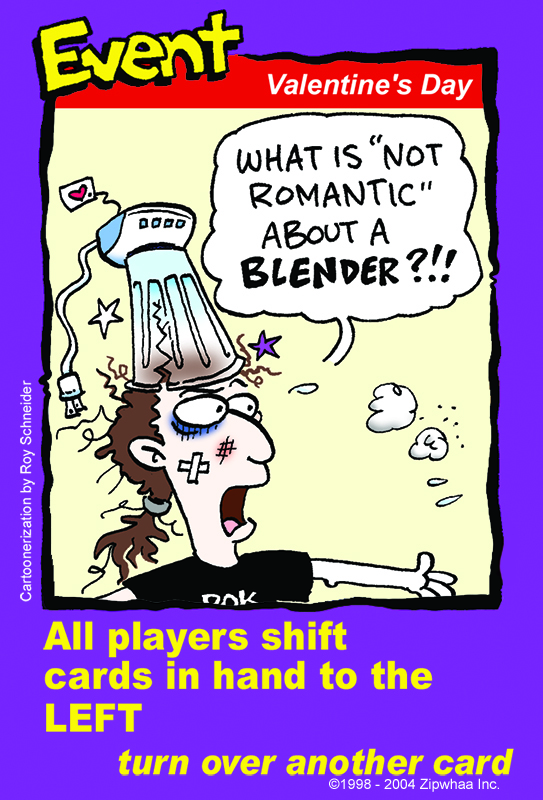 These are the cosmic forces that randomly wreak havoc throughout the the dating world. Things such as relative’s weddings…Catastrophic Breakups …Unexpected news, all have unpredictable effects on life.

Separate the cards into two piles.

1) The Honey-Do pile, consisting of the Commitment and the Event cards.

2) The Cop-out pile, consisting of the Excuse and the Influence cards.

Shuffle each deck and deal out 5 Cop-out cards to each player.

Take control of the turn marker to let everyone know it’s your turn and you’re more special than they are.

[Draw 2 cards from the Cop-out Pile. There is no limit to your hand size. If you are able to hoard Excuses, more power to you and good luck…you may need it.

Turn over a card from the Honey-Do Pile.

1. If it is a Commitment, weep internally, and then try to excuse yourself out of it. This is done by playing one or more Excuse cards so that their total point value either equals or exceeds the Commitment point value.

2. If the card turned over is an Event, read the card and follow the instructions. Once completed, draw another Honey-Do card.

Once the Commitment is completed it becomes one of your life’s experiences that make you look like the potential marrying type and sits in front of you counting in your point pool. The Turn Marker is then passed on, and the next person begins a new round.

If the completed Commitment puts your point pool at 30 or more, you are out of the game. You may now sit and pout. Play continues until only one cunning weasel has managed to remain delightfully single, and unbranded as Marriage Material.

Two to five people can play with one deck. If you have more than 5 players, it is recommended that 2 decks be combined. When two of the same decks are combined, it is suggested that a “no duplicates” rule is instituted, since Mom will not accept the same excuse twice on one Commitment at the same time. If the Commitment happens to make it’s way completely around back to you, then you may play the duplicate excuse. After all, you could still have the same issue that you did the first time you got out of the Commitment.

In any game, if either draw pile is depleted before someone wins, simply reshuffle the discards to form new draw piles.