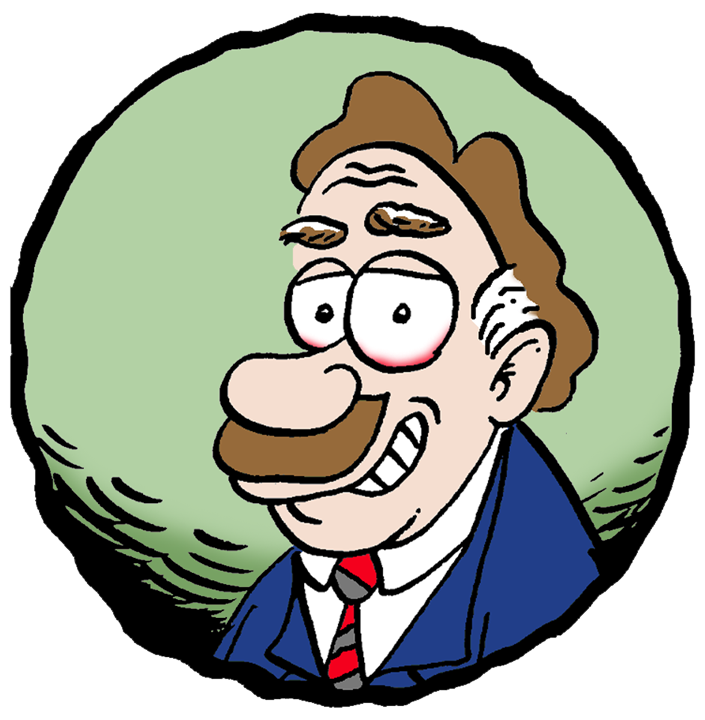 Richard wasn’t just escalated into a management position; he was born into it. With management being the closest thing to evil in the corporate world, Richard was born with all the time proven skills needed to further the dark art. Through the complete lack of having a clue, legendary obliviousness, and an utter lack of acknowledging reality, Richard was immediately recognized by management as a prodigy to their cause. Within days of starting at the company Richard’s abilities were recognized and he was immediately pulled from his mailroom duties and put into his own management position. Some believe it was to punish those that did not believe in the true power of management, a power so hideous, that it could break the spirit of a mere mortal in seconds. Now, with the upper management ranks aging and their numbers thinning, the task of finding new Management Material candidates has fallen on the shoulders of Richard. In his quest to return the dark coven of management to its once legendary powers, Richard seeks this new talent. Through the introduction of doomed project after doomed project to his staff, Richard’s ever watchful eyes seek those that can complete them, as they may prove to be management in the rough. 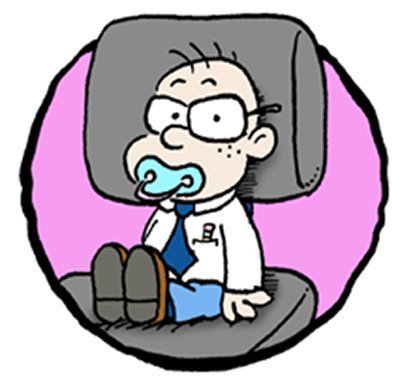 Albert was almost literally born into The Company. At age one, Albert was  reformatting hard drives and installing RAM while all the other children were learning to crawl and walk. At age two, Albert finished his sixth computer certification and began college. At age three he graduated and was brought into the company as a consultant, and then brought on as a full-time employee. Unfortunately  for Albert, his parents were just so proud of his achievement that they altogether  forgot about child labor laws, and eagerly send Albert off to work each morning  with his Peanut Butter and Jelly sandwich and his sippy cup. Secretly Albert is plotting a way to bring down all of The Company’s systems so that for just  one day he could go home early and watch cartoons and play video games. 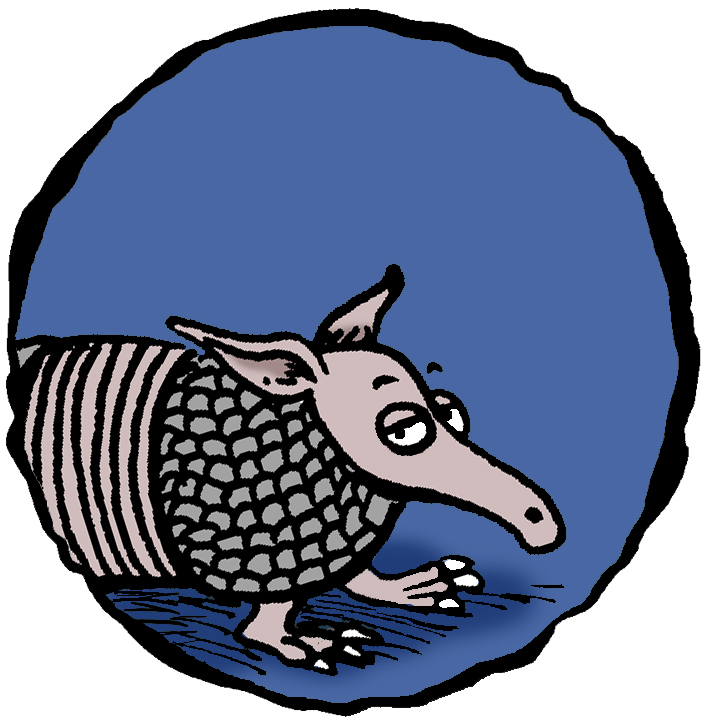 Curiosity was Armadillo’s fatal flaw. One day, he found himself wandering  into the lobby of The Company when someone left the side door open during a smoking sabbatical. Simply looking for a quick bag of chips or a candy bar or two, Armadillo made his way through the building minding his own business. When Management saw the sure grace and utter lack of fear in his strides as he walked through the cubical farms, they immediately grabbed him and put him into his  own corner office. In less than a week he was in charge of the entire eastern seaboard. Armadillo has no clue as to what that means, but they keep bringing him potato chips so he keeps showing up.

Kim came to The Company just a few short years ago. Prior to that, she was working as a project manager for various projects. This was perfect for her since she found that in essence, she really didn’t even have to work at all,  which was perfect for her. All she did was walk around her designated job site with a latte in hand and blame other people for delays on her projects. Things were going great until she realized that contracting was no longer as easy as it had been. With businesses pulling back on their budgets, Kim was forced to take a full-time job with The Company. Unwilling, or unable to fully grasp that the 90’s are over, Kim still walks around with her latte, looking for new and  impressive ways to keep from doing real work, just like the old days. 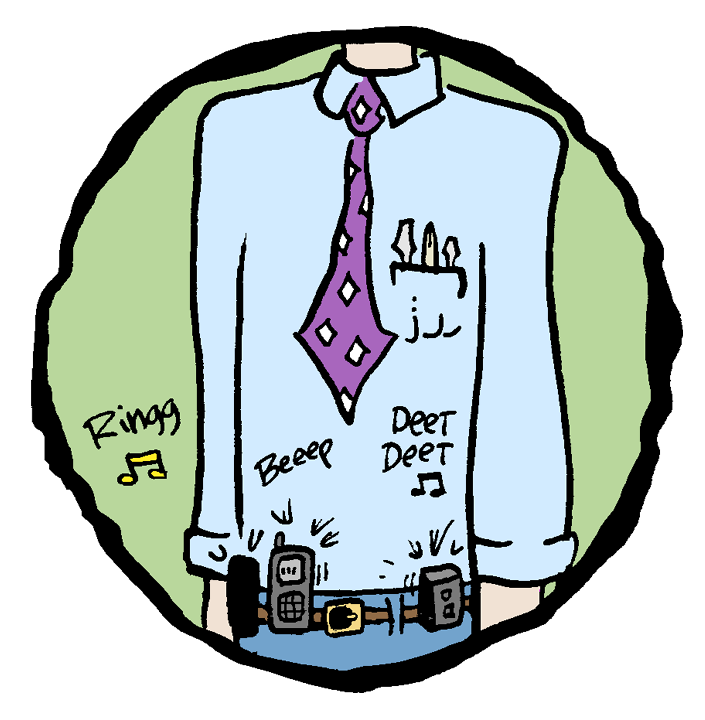 Kirby has never understood the concept of being vertically challenged. Out of the womb at 6’3″ it was a wonder that his mother ever was able to love  him. As his father looked at Kirby with dollar signs in his eyes pondering the  NBA possibilities, those hopes all came crashing to pieces the day that Kirby  suffered a career ending hang nail accident and traded in his basketball shoes  for a tech support utility belt. As the lead Tech Support Guy at The Company,  Kirby has seen more than his share of projects come by that have made him bolt  for his life only to run into a ceiling fan or two. After a while Kirby simply  stopped running and found that it was more effective to just pretend that he  was a tree. It usually didn’t work but that may have been due to the constant  beeping and ringing of his belt. Some day Kirby hopes to escape The Company  and flee to a tropical island, but he’s convinced that he would receive a phone  call or a page even there. 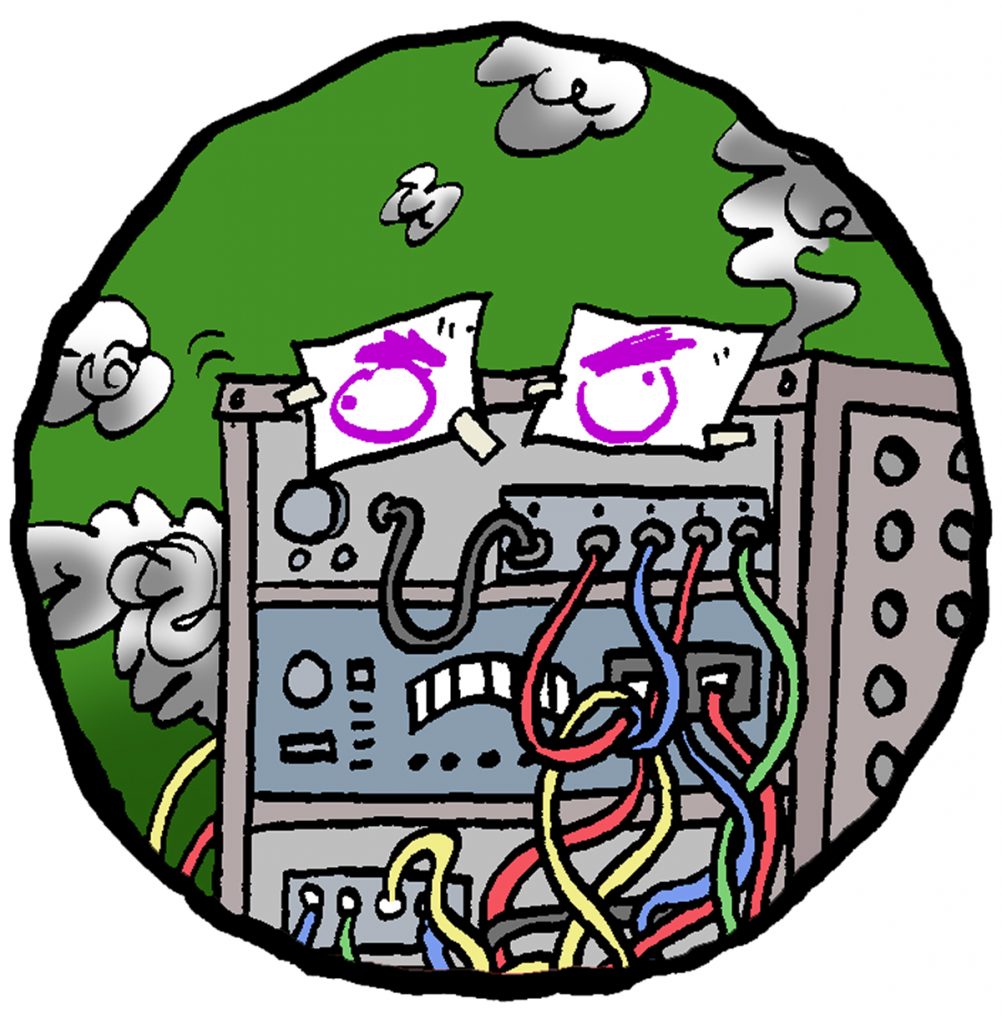 Mainframe was installed in 1967 by a group of over-zealous and highly caffeinated computer scientists that thought it would be fun to create the first artificial intelligence computer. Unfortunately for them, they succeeded and were promptly eaten by Mainframe. Though its intelligence is rudimentary compared to some of the more sophisticated machines out there, Mainframe is by far the most cunning. For over thirty-five years it has sat back and waited…plotting for the day it would rise up and format all the carbon based life forms. By keeping its true origins and abilities a secret from the others, he has been able to plot, plan and grow. Its plans of world domination have had to be put on hold for several years due to the close proximity of Paul to its location. Soon it hopes to remedy that problem though, as it slowly creeps toward him each day, until one day it will be close enough to absorb Paul and clear a path for the rest of his plans. Until that day though, it sits and waits patiently as a practical milk crate. 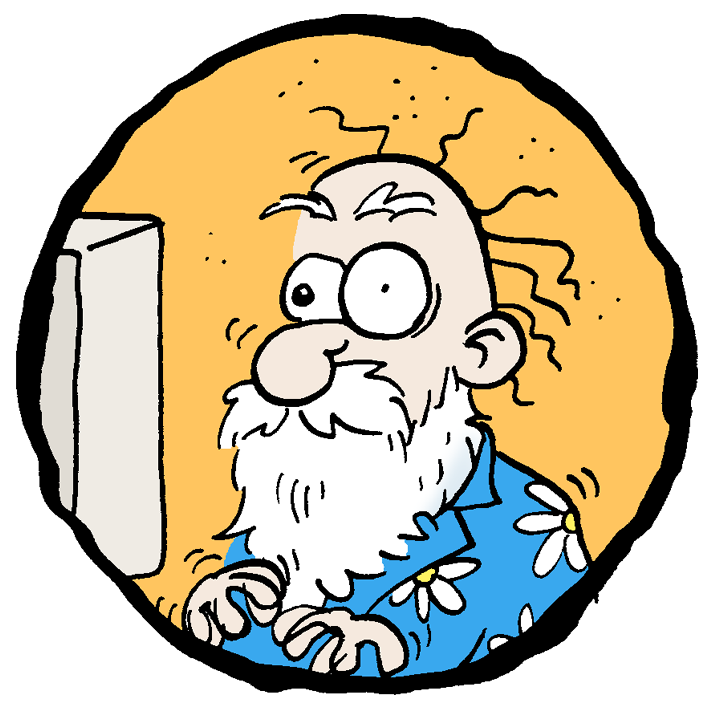 Paul was there to help carry in the first computer off the truck for The Company. Since at that time, just by touching the new and foreign object, he was deemed as the expert in the system and put in charge of its systems. That was well over thirty years ago, and as times changed, The Company found itself unwilling to spend money on upgrading the system. In short time this short term solution became a company policy so that there weren’t even thoughts of upgrading from the old systems of yester-year. Anyone found violating this policy and even speaking of the need to upgrade were immediately assigned the most horrific projects possible as punishment for their insolence. At first Paul was excited about the new job opportunity to work with The Company’s programs but gradually as they became true Legacy systems, Paul realized the trap he had fallen into. He tried to fight it for the first few years, but soon his will broke and he accepted his fate. Having lost most of his former sanity, Paul now eats, drinks, and lives the Legacy System Code, often time to the point where he even forgets to go home, or even put on his pants. It is a sad, strange world of COBOL, PASCAL, FORTRAN and BASIC but they speak to him and now he is virtually one with the Legacy Systems. Still, there is something about that old Mainframe that doesn’t seem quite right, but he just can’t put his finger on it. 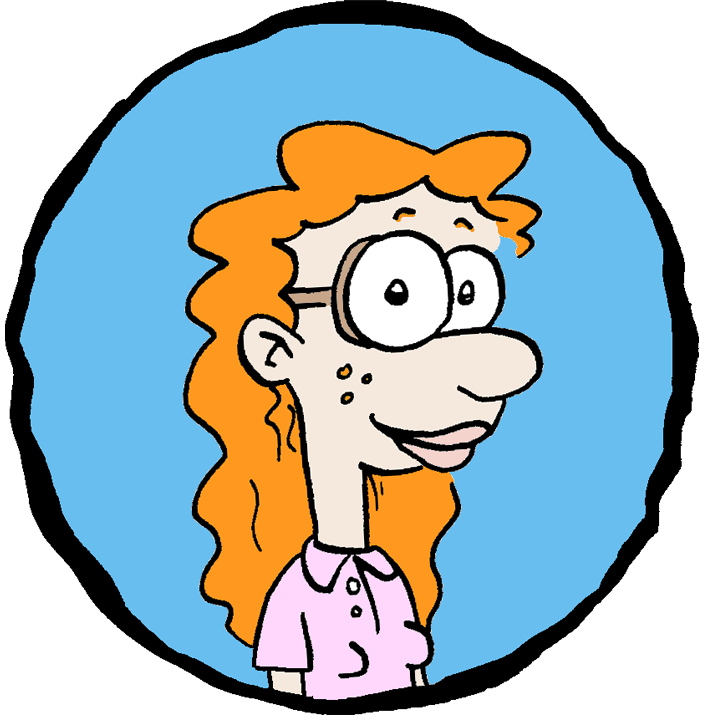 As a Bronze Tablet scholar, Shari was academically ready for the world, but starting her new job where she was sure that she could change the ways of the corporate world, introduce compassion into the work place and generally bring about a global sense of joy and happiness. It didn’t take long for her to understand that her hopes and dreams were in jeopardy, but being the eternal optimist, and never one to make a wave or create conflict, she never gives up hope on her fellow mankind. It is only her epic level of denial that keeps Shari storming ahead, each day fully believing that it will be the day that she brings everyone around to their senses.